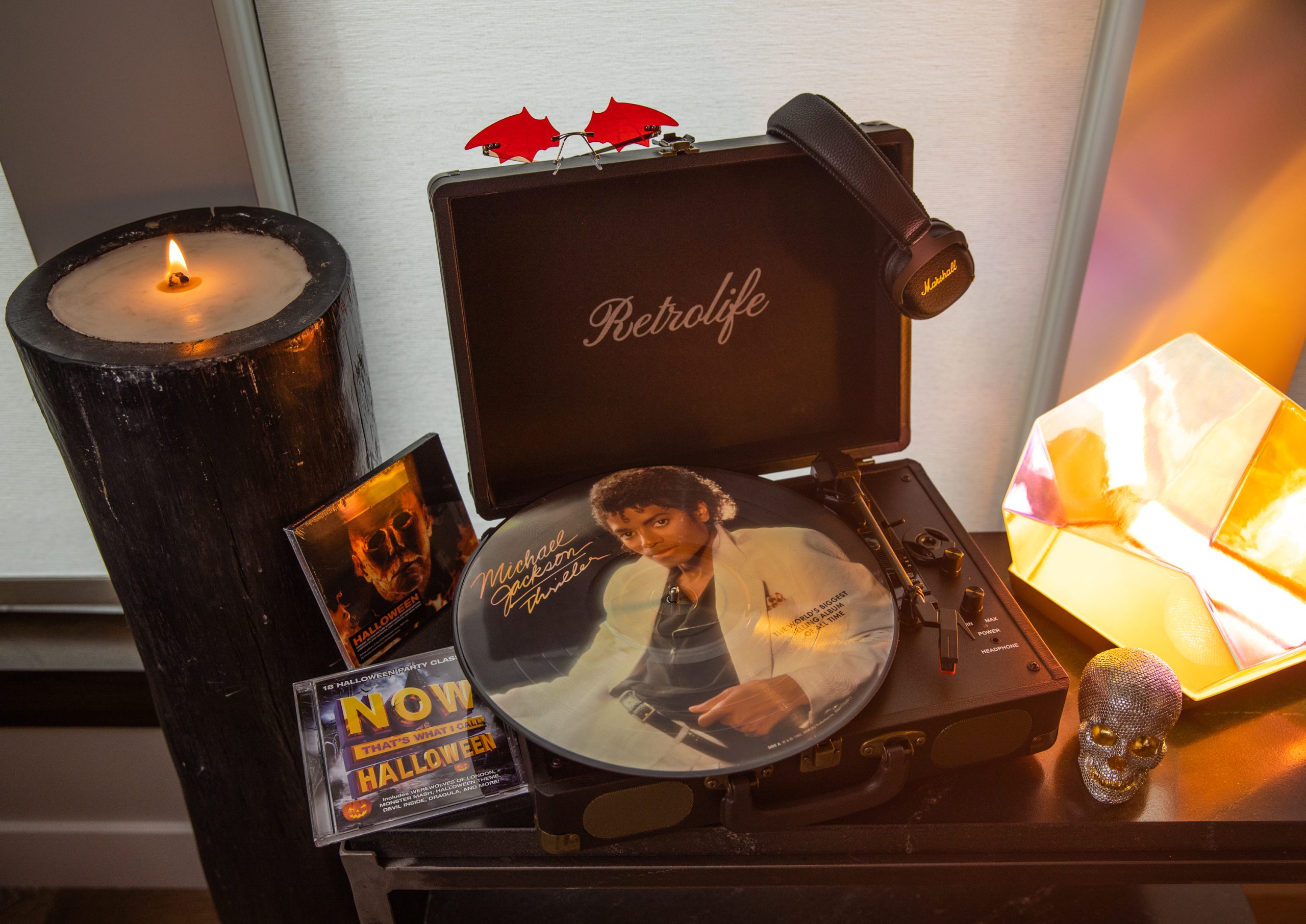 Vinyl is back! DJ go retro! Who doesn’t want to hear the crackling of the vinyl on a spooky night. I bought this record player on Amazon, I liked it because Retrolife is written on the back of the lid. It’s also black which perfectly matches my decor. The true halloween classic song…is Thriller by Michael Jackson, it just starts out giving you a chill down your spine with the squeaky door and those pounding footsteps. I had to have this record/LP and picked it also up on Amazon. Seriously, Michael looks like he’s just chillin on the turn table. Another good one to buy is Now That’s What I Call Halloween, it will deliver you 2 LPs of 18 Halloween Party Classics in orange and violet vinyl!

If you have more than 10-15 guests coming over, skip the vinyl and go bluetooth through your speakers. Make your own playlist on your phone. The two best albums to download on iTunes are:

1) Now That’s What I Call Halloween

2) Halloween Party by Apple Music This will give you over 60 songs to have some ghoulish DJ fun with!

Another option is put on YouTube Halloween Radio – 1. You will get one hour of music with 17 chilly KOOL songs starting you off with Monster Mash and ending with Werewolves of London.

2) Devil Inside by INX

4) Somebody’s Watching Me by Rockwell

9) Eyes Without a Face by Billy Idol

7) Overture (The Phantom of the Opera) by Andrew Lloyd Webber

8) This is Halloween (The Nightmare Before Christmas) by Danny Elfman

My Kool Scariest composers are: